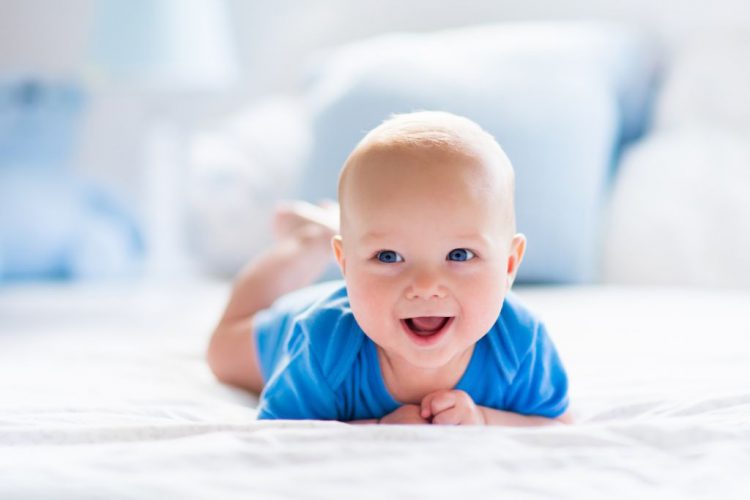 Does your child have often turn his head to the same side? Does his skull look flattened out?

If so, physical therapy may help.

In 1992, the “Back to Sleep” campaign was launched to prevent Sudden Infant Death Syndrome in newborns. The number of cases of torticolis and plagiocephaly has risen in response to the corresponding increase in the amount of time babies spend on their backs.

A torticolis is a posture in which the head is tilted to one side and/or turned to the side. This position is the result of a shortening or stiffness in one of the two neck muscles called the sternocleidomastoid muscle (SCM). A torticolis may be present at birth or emerge in the first months of the child’s life. The main causes are environmental, neurological and musculo-skeletal. In addition, torticolis is often associated with plagiocephaly.

Plagiocephaly is a flattening of the head caused by continuous pressure on an infant’s soft skull.  This condition may be present at birth or develop in the first months of life. Although one of the main causes is how the head is positioned in the womb, the “Back to Sleep” campaign and torticolis also contribute to this phenomenon.

Pediatric physical therapists can assess and assist with the treatment of torticolis and plagiocephaly. The keys to successful treatment are early diagnosis and intervention, given the significant malleability of the skull and rapid brain growth during the first months of life. In fact, early physical therapy treatment can prevent, among other things, long-term complications.

The primary techniques used in physical therapy include exercises (stretching, mobility, strengthening), positioning and incorporation of new lifestyle habits such as supervised periods during which the baby is laid on his belly.

A few tips for prevention

Feel free to contact us for answers to your questions or for an evaluation.