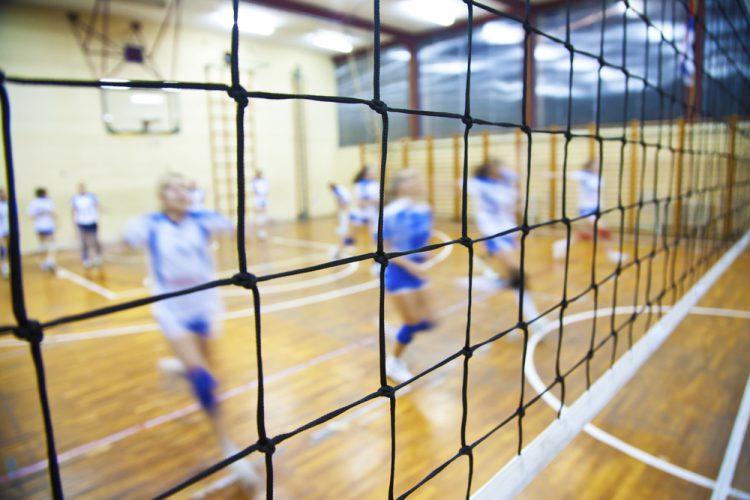 Indoor volleyball is a sport that is gaining in popularity these past several years especially since the last Olympic Games in Rio where Canadians had made a good impression as excellent opponents to the best teams in the world.

The purpose, very simply, is to make the opposing side drop the ball by receiving, passing and attacking. In these sequences, a player must jump to block the ball, jump to attack and even jump to make a serve. On average, a typical “attacking player” could execute forty jumps for blocking and a similar number for attacking which would total approximately 80 jumps at maximum power with the associated landings.

The most frequent cause of injury

As soon as one first begins in volleyball, we all are taught how to jump and properly hit a ball. In contrast, rare are the coaches who teach how to land. According to several studies, the landing would be the most frequent cause of injury in volleyball. The risk factors are associated with the height of the jump, the shoes and the landing surface (sand or floor), the bending of the lower limbs, the landing style (developed by each player) and the speed at which they landed.

In the factors listed, the most frequent and the most easy to correct is the style of landing which is often on a single foot for most of the athletes. This technique is at the origin of several injuries of which the best known are the rupture of the anterior cruciate ligament, the sprained ankle and the patello-femoral syndrome.

The rupture of the anterior cruciate ligament is a serious injury which requires a surgical intervention as well as a rehabilitation of several months without sports. This ligament has an important role of stabilizing the knee. The sprained ankle results in the stretching or tearing of one or several ligaments of the ankle, which, according to the severity of the injury, may take from a few weeks to several months of rehabilitation. It often occurs when a player lands on the foot of an opponent and the ankle turns inward.

Finally, the patello-femoral syndrome is an injury that develops more insidiously. Through repeated jumps and landings on a leg which presents muscle weakness and bad alignment (like a knee which tends to turn toward the inside), the kneecap deviates from its normal path and causes pain.

Upon contact with the ground, all the weight of the body is distributed on a single leg which creates stress on the ankle, the knee and the hip. All ones joints must be perfectly aligned for each landing. A bad alignment on a one-foot contact could be disastrous, and done repeatedly, can cause chronic problems.

It is shown that when the weight is distributed on a single leg, the force is distributed mainly in the knee and the ankle and less at the hip, which is the stronger and more stable joint.

Landing on two feet allows for:

To better visualize these concepts. You can watch the video associated with this article.